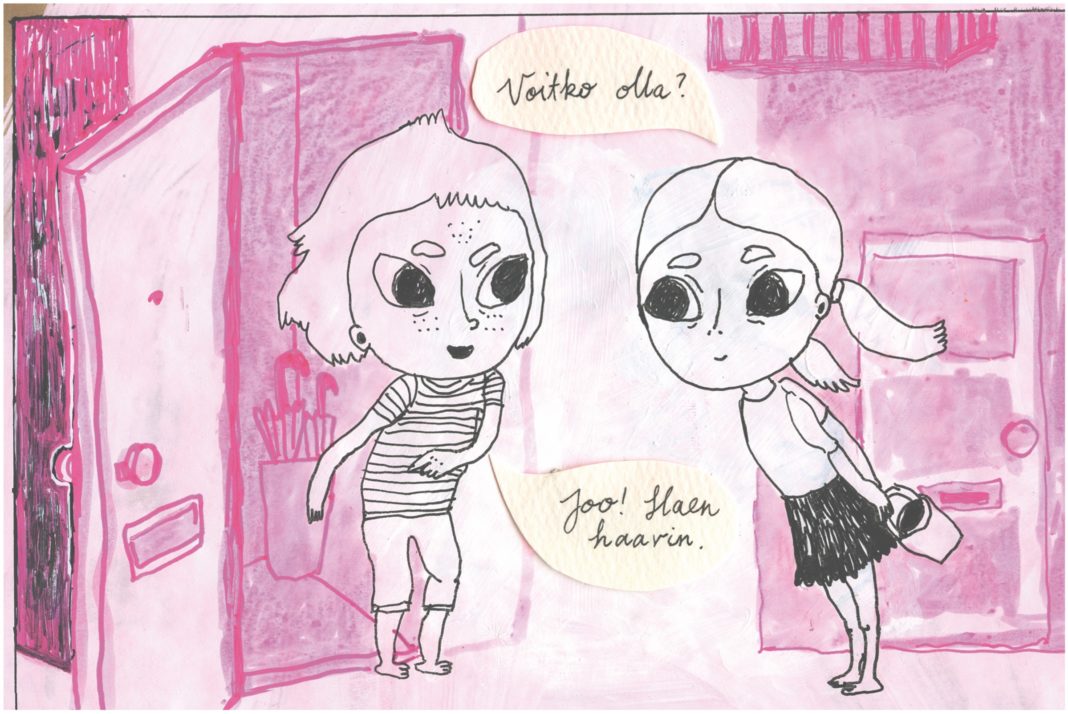 Each year, Sarjainfo comics culture magazine asks a league of selected comics critics and writers to rate their personal favourites. These votes are compiled into top-10 lists of Finnish and translated titles.

The writers were free to add their personal commentary. The English titles in brackets are freely translated by Aino Sutinen, they are not official titles.

“The tallest fishing tale of all time, and clearly in Toriseva’s own interpretation. Valas plays out what Toriseva has felt when reading Melville’s book. Pequod’s crew looked at the whale eye to eye. What they, too, can replicate in their resulting tales is not the experience itself, but the emotions attached.”

Juliana Hyrri’s debut is a short story collection of true-life based dark childhood tales, illustrated in a variety of vivid styles and blended with fantasy.

“The nightingale has strength and sensitivity, its sound echoes long-hidden secrets and shame of an unidentified nature. The best debut in years.”

Reetta Niemensivu’s Maalarisiskot is based on the lives of four prominent classical female fine artists at the end of 1800’s. Helene Schjerfbeck, Helena Westermack, Maria Wiik and Ada Thilén each studied painting in Paris arts schools, and together they were a group of friends. In their time they faced discrimination, but Helene Schjerfbeck is now the most valued Finnish painter of all time.

“I’m speechless when faced with Niemensivu’s art. Maalarisiskot sheds light in the darkness.”

Kati Kovács tells a semi-autobiographical tale of times in her youth, arriving in 1980’s Rome with empty pockets and high hopes. A vivid story of youth, freedom, sex, machoism and sexual harrassment, with some fantasy elements included.

“Kovács has had a long career and this is one of her most personal works. The structure slightly falls apart by the end of the book, but you can sense the same joy of drawing and telling tales as in her early works of the last millennium.”

“The heavier the expressionist twist in these images, the more effective they become. Kukko is able to let his pictures do the talking.” 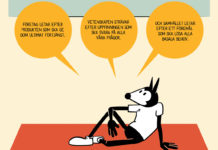 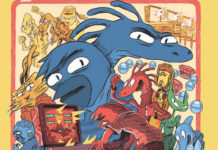