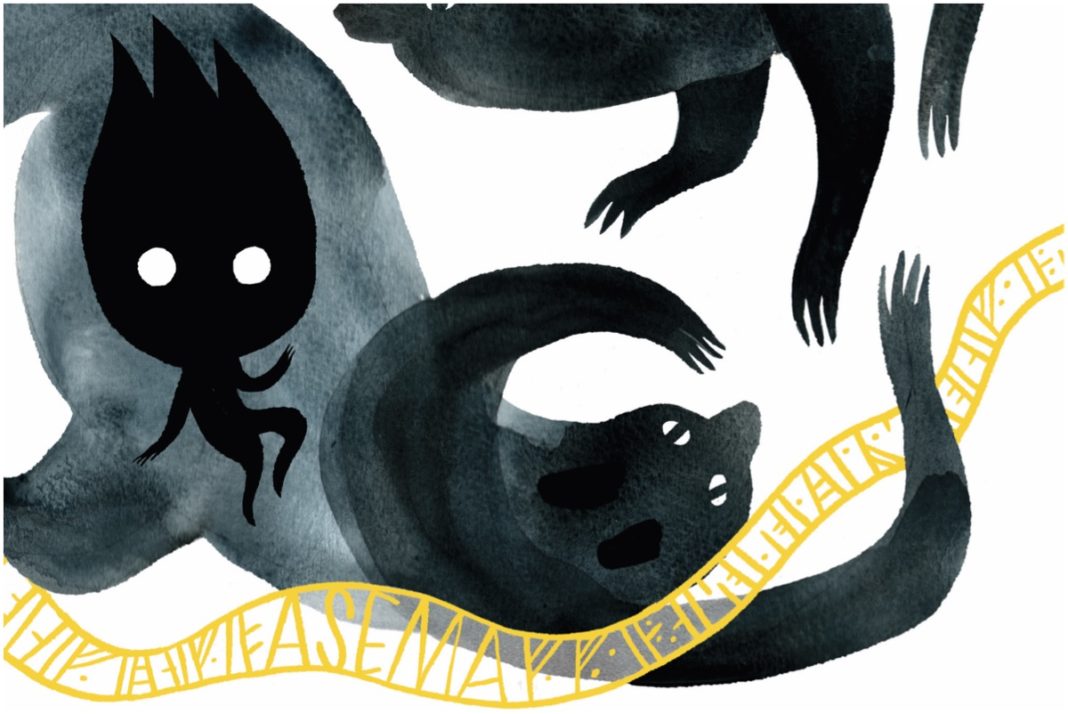 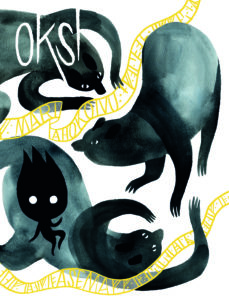 Mari Ahokoivu created a much-waited graphic novel of bears and mythological creatures. The story stands on its own, but is actually based on old Kalevala mythology and its female creatures. Other comics artist have been inspired by Kalevala poetry before, but this one eludes any obvious clichés. Bears, singing, life and death are all beutifully illustrated with a mixture of watercolour and digital techniques.

Mari Ahokoivu lives presently in Copenhagen and has many Nordic connections. She is productive as a comics artist and illustrator. Oksi includes English translations. 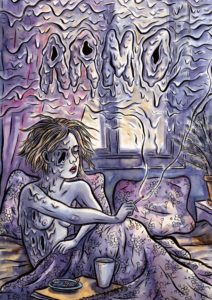 Emmi Valve’s Armo («Mercy») is a strong autobiographical tale of her own history of mental illness as a young woman. She is over this period in her life and is able to chronicle her past troubles with a clear vision. Isolation, abuse and hallucinations are pictured vividly, while there is little emphasis given on exact diagnoses or means of recovery.

Mental issues have been featured widely in autobiographical Finnish comics in the recent years, which could be sign of a culture shift and stigma breaking.

Emmi Valve’s works will most probably appear more in translations in the coming years. Many of her other works include lighter themes and warm humour. They are illustrated in beautiful traditional methods, such as coloured bottled inks. 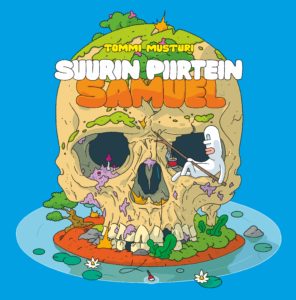 Samuel is the lead character in this wordless, visually appealing tale of surprises (Simply Samuel in the English language edition). Samuel is a neutral character, lacking facial expressions, but travelling through countless worlds, time and space. Not for kids.

Tommi Musturi’s colourful works are some of the prime of contemporary Finnish comics. His works are created in a broad array of methods and styles. They include deeper themes of life, death, sex, capitalism, the environment etc.

The first part, Walking with Samuel (2009) and many other Musturi’s works have been published in several countries. Tommi Musturi is one of the founding members of the Kutikuti contemporary comics collective.

[This comic is also available in Norwegian under the title Simpelthen Samuel -red.]

Hanneriina Moisseinen’s autobiographical book Father tells the story of the disapperance of her father when she was a child. Memories and emotional trauma are pictured vividly. The story is set in the 1980’s and the book also follows Hanneriina’s life as an adult.

The disappearance case was never resolved. Moisseinen has included some textile comics art with her pencil linework.

Many of Moisseinen’s works have roots in folklore, which she has also studied as a singer, especially in Eastern Finland. Includes English translations. Translation: Pappa (Lystring, 2015). 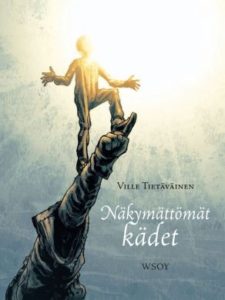 The Invisible Hands is a story of North African (and some Sub-Saharan African) immigrants and their hardships in Europe. Ville Tietäväinen visited Spanish tomato farms to research issues for this graphic novel. All the characters are fictional, but the troubles are based on real issues, such as the lacking rights of immigrant labourers. 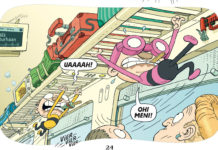 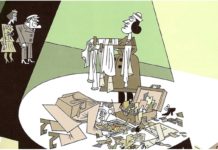 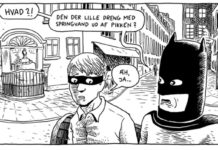 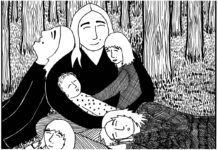 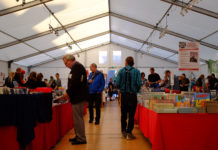