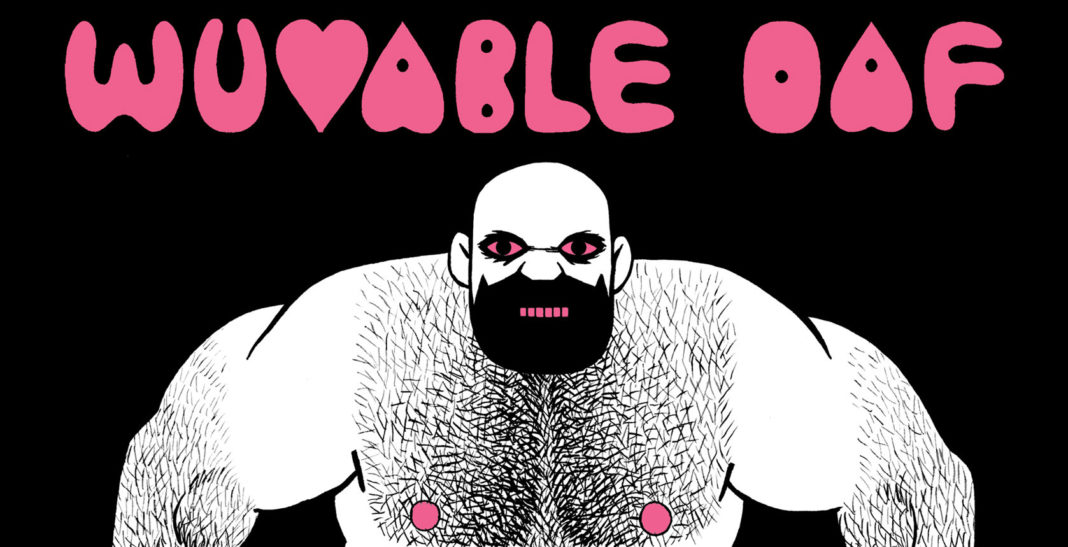 What made me think this was drawn by a man and not a woman? I don’t know. Maybe it was the almost Kirbyesque linework, heavy, simplified lines depicting heavy-set characters. Maybe it was the band name – in general, ejaculations aren’t that interesting to people who aren’t men, and Ejaculoid is actually the name of a product that promises to increase the amount of semen you ejaculate. (I had to google that!)

Whatever it was, my hunch was correct, this drawing came from a muscular, bearded dude who lives in San Francisco with his muscular, bearded fiancee and teaches comics at the California College of the Arts. I scanned through the available pages and ordered all the issues directly from the guy, and his comic turned out to be just as awesome as the first drawing. A friendly facebook chat later I’d also commissioned a guest drawing by him for one of my books.

But I was not alone. Wuvable Oaf very quickly became a crossover hit. Ed Luce avoids explicit sex scenes, meaning that the comic focuses on Oaf’s everyday life, his online dating, his relationship with his adoptive father Li’l Papa, his cats and his grooming habits. All these tiny stories quickly reveal a rich, charming gallery of characters. Luce’s immensely strong sense of color and composition makes every issue of his magazine a little treasure – his issues are hand-folded and each is wrapped with a little oaf universe sticker – and the many kinds of oaf paraphernalia available further creates the feeling that this is a finished universe where I can just stick my hand in and fish a physical object out – a vinyl EP, buttons, t-shirts, prints and stickers are all part of the Oafverse. The oaf material is all very competitively priced, and selling it must be more of a zero sum game to spread the gospel than an actual profit-making endeavour. After self-publishing for many years, Luce has now been picked up by Jacq Cohen at Fantagraphics. Empirix had a quick chat with Luce to squeeze the secrets of his oafy success out of him:
How did you distribute Oaf when self-publishing?

Mostly through wuvableoaf.com and shows. Myspace played a big part in getting the word out about the shirt, which pre-dated the comic by almost a year. It was the early days of social media promotion, and that progressed naturally for us into the Facebook/Twitter era.

Sparkplug Books, a publisher and micro-distributor, also played a pivotal early role, extending our reach to the east coast. But really it was good old-fashioned pavement pounding at conventions, making one fan at a time.

Did it help to live in San Francisco when self-publishing, since your market was physically close?

Maybe at first, but interest from outside the queer community hit within the first year, so I don’t think being in SF had such a huge effect in the books’ growth. I think it’s an undeniable part of Wuvable Oaf’s story, literally and figuratively. But if we’d stayed just in the local comics scene, I don’t know if Fantagraphics would have caught on.

What consequences does a Fantagraphics deal have?

It’s been huge. Especially in bringing an even larger, more diverse readership to the fold. Some people just buy everything Fantagraphics publishes on name alone, so it’s been wonderful to be a part of that family and tradition. I really appreciate how they get what we’ve been trying to do, right down to the fuzzy covered Special Edition version of the collection they released.

How have you survived while doing such large amounts of work-intensive oaf comics?

I’ve had to say goodbye to all my friends. My partner has become a comics widow. No, seriously, you have to be passionate about what you’re doing. Eat, sleep and breathe your comics. I’m always working on something, so much so that I’ve forgotten how to relax. But I’d do it all again.

Every single character, even ones just saying hi to Oaf at a club, seems to have a history. How much backstory does each character have?

The Oaf Handbooks, which are included in the collection, detail the broad strokes of most main characters. But I’ve left ample room for surprises and development. Especially in regards to Oaf and his adopted father, Lil’ Papa. I’m looking forward to releasing a few «Oaf Origins» stories in the next year, so you can see more of teenage Oaf and younger Papa … how they interact as father and son.

The fashion designer BuFu is one of the many well-rounded background characters we meet. Is he based on a real person?

BuFu is a platform for me to eventually talk about my interests in fashion, so we will see him on Assignment: Catwalk, the Project Runway parody glimpsed at in previous issues. He’s not based on a real person, per se. But he does reflect my artistic interests in clothing. I just saw the Alexander McQueen show in London … and took notes.

Oaf runs a shelter for homeless cats. Are cats a big part of your life – are you the burlyman version of the crazy cat lady?

In truth, I only have one cat … and she’s a recent addition to the family! The cats became a part of the comic after I ended a long term relationship and chose to leave my cats with my ex, rather than break them up too. I missed them, so they popped up in early Oaf stories. Besides, it’s fun to play these cute little creatures off this big scary looking dude! 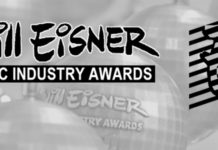 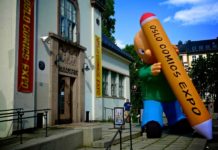 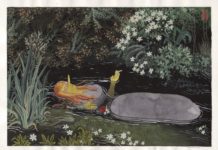 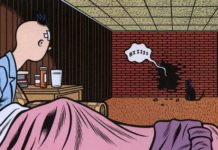